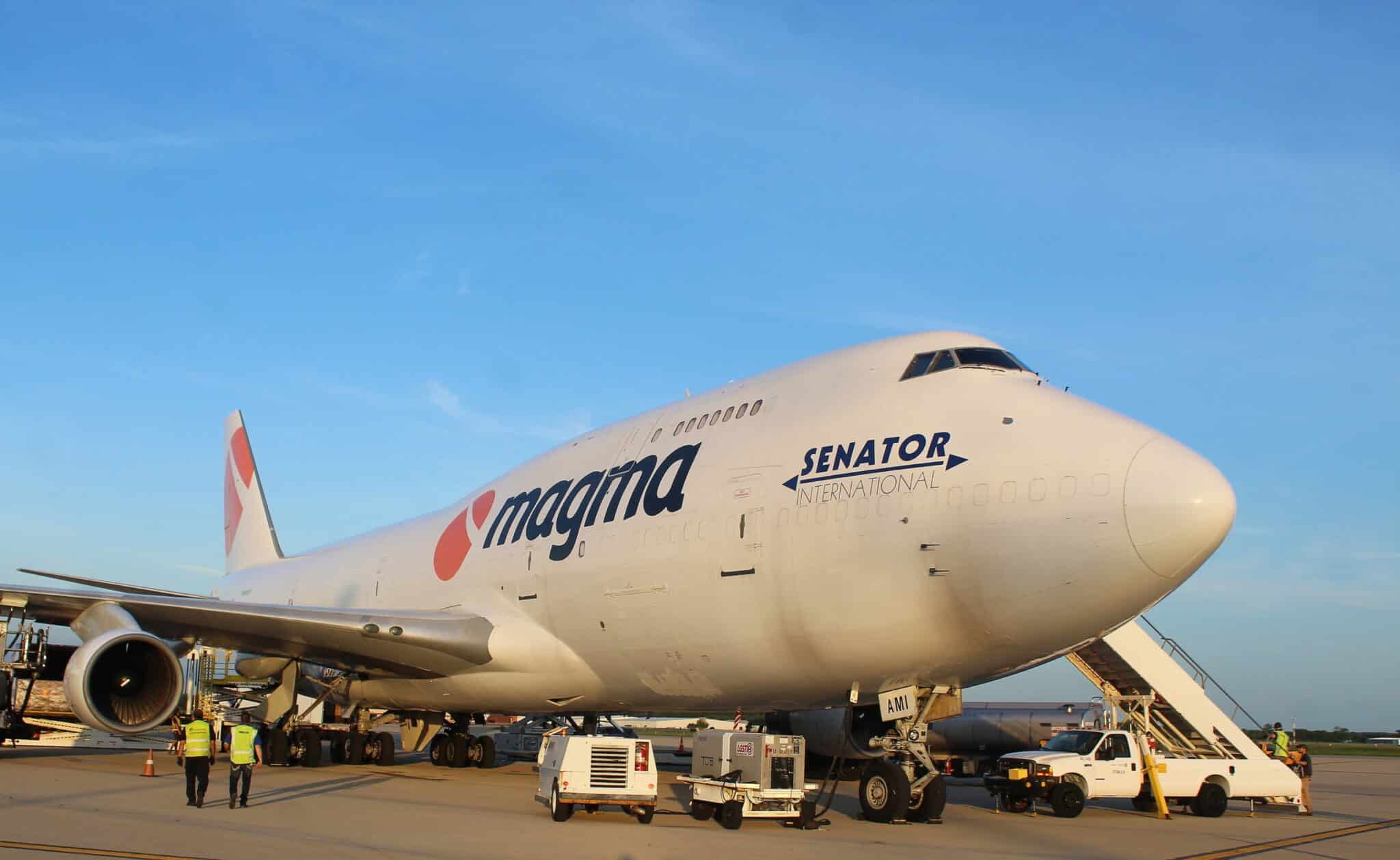 ROCKFORD, Ill. (Oct. 27, 2020) – The Chicago Rockford International Airport (RFD) announced today that it has been officially named as the Midwest hub for SENATOR INTERNATIONAL, an air cargo company based in Hamburg, Germany.

SENATOR INTERNATIONAL provides comprehensive international freight, shipping, logistics, warehousing and distribution services to customers located throughout the world. It has been operating its own transatlantic cargo flights, known as the SENATOR Atlantic Bridge (SAB), since 2016. SENATOR recently started offering a twice weekly flight service into RFD offering a new and much needed connection into the Midwest.

Additionally, SENATOR has officially contracted with Emery Air, a premier aviation company based at RFD, to oversee its cargo handling operations (loading and unloading of aircraft) on the ground.

Last week, RFD announced it has begun construction work on a new 90,000-square-foot International Cargo Facility which will house SENATOR. The building is Phase 1 of a two-phase cargo building expansion totaling nearly 200,000 square feet. The modern cargo facility is expected to be complete and open by the summer of 2021.

“SENATOR INTERNATIONAL is delighted to be working with the Rockford Airport Authority and Emery Air on the development of the new airport cargo warehouse as this will give us the ability to support the growing demands of air cargo within the US-Midwest, a market we have strongly focused on and have committed ourselves to develop over the years to come,” said Ralf Schneider, Chief Operating Officer, SENATOR INTERNATIONAL. “RFD and Emery Air are very supportive in providing us with a matching infrastructure which enables SENATOR to drive its own expansion and execution of its long-term strategy for the Midwest markets.

“We are fortunate to have a CEO with great entrepreneurial ability, and a skilled leadership team. At SENATOR we have been positioning ourselves for growth and diversifying our services and our client base. When the pandemic hit, we were able to handle disruptions and continue to move forward including offering new lanes such as Rockford, Singapore, Dubai and New York for our flagship product, the SENATOR Atlantic Bridge (SAB).”

“We are excited to welcome SENATOR INTERNATIONAL to RFD and eager to be part of the amazing growth at the airport,” said Brian Ciambra, CEO, Emery Air. “Our capabilities along with our staff’s attention to detail and ‘can do’ spirit make it a great fit for all involved.”

The new International Cargo Facility will be located on the south side of the airport and will have more than 20 truck docks. It will house Emery Air and Senator International as well as additional cargo operators.

Additionally, 2019 was a record-breaking year for cargo at RFD, and 2020 is on pace to shatter that record with 30 percent continued year-over-year cargo growth so far this year. With this growth, RFD is among the largest cargo airports in the U.S., in addition to being the only non-hub airport making the top 20 cargo airports list. This list is comprised of large and medium hub airports located in the largest communities such as Los Angeles, New York City, Miami, and Atlanta. RFD and the Rockford community finds itself ahead of airports located in Phoenix, Portland, Denver, and Baltimore to name a few.

“The air cargo operations at RFD have been well positioned to take on – and be a catalyst for – growth in our region,” said Mike Dunn, Director, RFD. “We’re thrilled to officially welcome SENATOR to RFD and very pleased they selected Emery Air, a long-standing and quality local operator, to handle their operations.”